“Resisting Enlightenment” presents conversations, stories and music with the philosophy that if we can laugh, we can heal.

And along the way, you’ll hear about living a creative life from the most creative and interesting people in Antsy’s wide circle of friends. 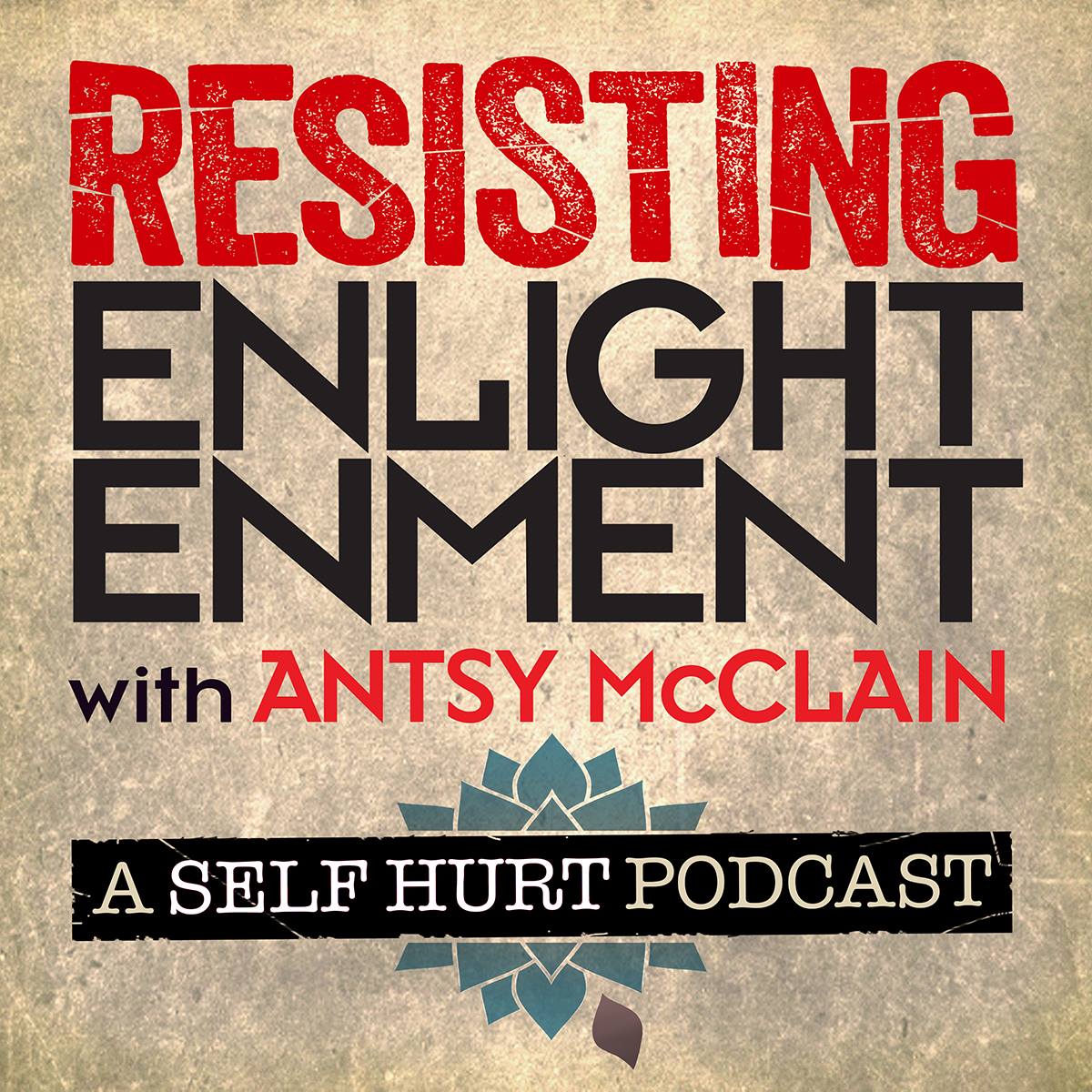 Co-hosted by his longtime friend and collaborator, Chris “Spoons” Long, and featuring a long list of talented friends, Antsy settles into a new groove combining his loves of performing, writing songs and books, and painting and drawing.

Available at these fine providers below. Please rate us while you’re there. We’re new and we need the stars.

If none of those work, click HERE for the direct link to paste in your browser. And if you prefer to cut and paste:

And if you are podcast-resistant, here are the first five episodes in MP3 files. Just click and listen:

Episode 1: I Freaked Out Rodney Crowell – Singer/songwriter Antsy McClain talks with his buddy, Chris “Spoons” Long about the time he met Rodney Crowell in a Nashville arts supply store and totally made a fool of himself. Song featured: “Don’t Go Looking Back That Way” from The Beige Album. You can get that album HERE.

Episode 2: What Are You Afraid Of? – Antsy McClain and Chris “Spoons” Long discuss what they fear the most in life. Songs featured: “My Own Way” from the album, Under the Light of a Quarter Moon. You can get that album HERE.

Episode 3: 12-Years-Old On The Inside – Antsy McClain talks with cartoonist and musician Robert Armstrong about staying young at heart as we get older. Songs featured: “When You’re Laughing” from the album, New Good Old Days. You can get that album HERE.

Episode 4: I Was a Teenage Bed Wetter – Antsy McClain talks – and laughs a lot – with his wife Deana Lynn about music, art, family and the strangely taboo topic of bed wetting. Songs featured: “I’ll Be Me and You Be You” from the Somewhere Past These Gravel Roads album sessions, never released before); “No More Wishful Thinking” from the album, Under the Light of a Quarter Moon; “Like a River,” from the album, Limited Edition Prince. You can get the “Quarter Moon” album HERE and the “Limited Edition Prince” album HERE.

Episode 5: Surviving Disaster – Singer songwriter Antsy McClain reaches out to friends dealing with the California wildfires, sharing a mix tape of sorts: songs that might help in times of loss. Antsy also shares a link to his friends at Operation Song, a group of Nashville songwriters using their powers for good in assistance to military veterans with PTSD. Song featured: “Don’t Stop to Rest” and “Wheels in Motion” from the album, Somewhere Past These Gravel Roads; “Let The Good Times Roll” from the album New Good Old Days and “I’m Everyone” from The Beige Album. You can get “The Beige Album” album HERE, the “Gravel Roads” album HERE and the New Good Old Days album HERE.